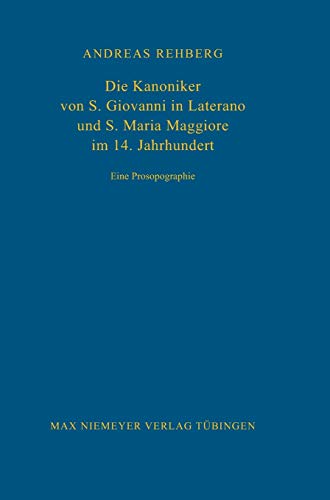 After St. Peter's, S. Giovanni in Laterano and S. Maria Maggiore were the most important collegiate churches in Rome. Among their clergy in the 14th century were canons regular whose descent from usually prominent Roman families has been largely uninvestigated up till now. Using the prosopographic method (i.e. collating all available information on a group of persons) it is possible to reconstruct important elements of the social, cultural and economic environment of these priests. This in its turn yields new insights on the higher Roman clergy in the Middle Ages.