Articoli correlati a Fuzzy Logic: A Spectrum of Theoretical & Practical... 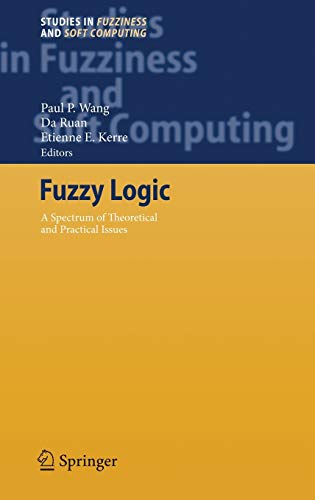 How far can you take fuzzy logic, the brilliant conceptual framework made famous by George Klir? With this book, you can find out. The authors of this updated edition have extended Klir’s work by taking fuzzy logic into even more areas of application. It serves a number of functions, from an introductory text on the concept of fuzzy logic to a treatment of cutting-edge research problems suitable for a fully paid-up member of the fuzzy logic community.

"This book has four objectives: to give newcomers a clear idea ... to give people familiar with fuzzy logic an indication of where fuzzy logic can most effectively proceed, to give funding agencies a picture of where their investment would produce maximum returns, and to give scientific and mathematical philosophers a picture of the state-of-the-art in fuzzy logic research. ... This comprehensive, up-to-date book certainly deserves a place in the libraries of all institutions ... . Summing Up: Recommended. Upper-division undergraduates through professionals." (R. Bharath, CHOICE, Vol. 45 (7), 2008)

5. Fuzzy Logic: A Spectrum of Theoretical and Practical Issues (Studies in Fuzziness and Soft Computing)