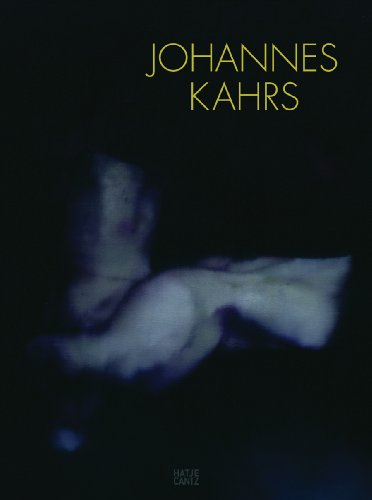 Johannes Kahrs takes a photo, a video projection or a film still as the starting point of his drawings and oil paintings. He catches fragments of images of politics, show biz, and advertising to reform, re-interpret, and further fictionalise the represented idea by shifting tones and gradations of grey and black pastel, leaving contours blurred. As he experiments with the original from of the image, he detaches the picture from its original meaning. Hence, he finishes with an almost unrecognisable representation and completely new recording of reality. The work of Johannes Kahrs is suggestive and impressive, yet particularly ghostly and mysterious.
With its introductory text by Ralph Rugoff, this book provides the first comprehensive survey of Johannes Kahrs's oeuvre and also includes his most recent works.