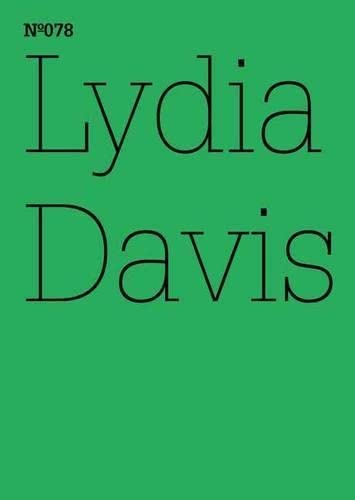 In her short stories, the author Lydia Davis looks at the phenomena of the everyday. Her prose text "Two Former Students" compares the studies at a university or academy with living. The narrator describes a younger and an older man who walk "back and forth under the streetlight" at night. The younger had traveled to Europe; the older is a veteran of war and deaf in one ear. A woman is watching them from a window. Both are aware that the woman might be watching them, and the older man asks the younger to "go away, out there, in the snow, at night." He is afraid that they could be labeled former students by the woman. And indeed, in the end the narrator's voice reveals that they were in the woman's mind "two former students," rather than each being "fully himself."Lydia Davis (*1947) is a writer and translator; she lives near Albany, New York.