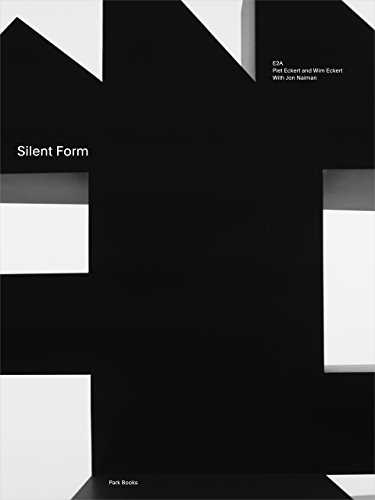 For years, American artist Jon Naiman has been photographing the work of E2A Architects Zürich, established in 2001 by the brothers Piet Eckert and Wim Eckert, producing a striking series of black-and-white photographs of the firm’s architectural models that capture the full range of its work across public buildings and housing, exhibition design, and industrial architecture.

Silent Form: E2A collects Naiman’s previously unpublished photographs. Alternating between abstract and perfectly focused depictions of these highly detailed forms, Naiman’s photographs are remarkable for their ability to portray urban space rather than mere miniatures, prompting reflection on how perception of space is constituted in an image. Concluding the book is an essay by British neurobiologist Semir Zeki that sheds light on the neurobiological foundations of perception.

Beautifully produced with more than fifty photographsmany reproduced as full pages or spreadsthe book will appeal equally to those interested in photography, architecture, and design.

Piet and Wim Eckert founded E2A Architects Zürich in 2001. Jon Naiman is a photographer based in New York and Bern, Switzerland.