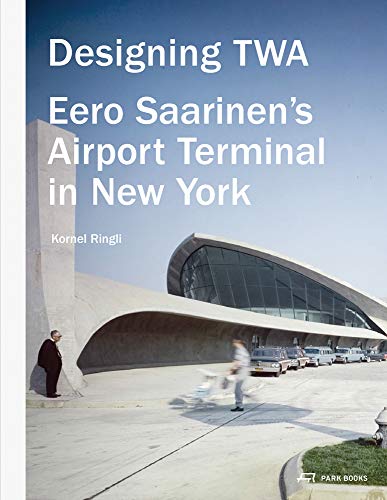 When it opened in 1962, the TWA Flight Center at New York’s JFK airport was a sensation. Created by Eero Saarinen with a distinctly birdlike design, it was instantly seen as a striking emblem of the romance of air travel. More than half a century later, it remains a beloved icon of modern architecture.
Designing TWA is the first book to tell the whole story of Saarinen’s building, from its early planning through its closing in 2001 after the takeover of TWA by American Airlines. Documenting the terminal’s commission, planning, building, and use, architect Kornel Ringli reveals the constant tension between the operational needs of the airline and Saarinen’s visionary imaginings—revealing the TWA building as an incredible architectural achievement that nonetheless failed to meet the day-to-day demands of the business it housed. Lavishly illustrated with archival photographs, Designing TWA is an unprecedented look behind the scenes at the making of a modern masterpiece.

Kornel Ringli is an architect and freelance architectural publicist who lives in Zurich.