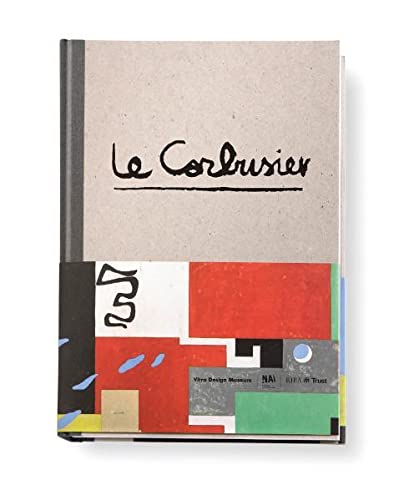 Le Corbusier the Art of Architecture

Descrizione libro Hardcover. Condizione: New. VITRA DESIGN MUSEUM 2008. in GERMAN. One of the key figures in 20th-century architecture, Le Corbusier had an impact that is still potent today. Whether admirers are making a pilgrimage to his intimate, evocative chapel at Ronchamps, or urban planners are reviling his monolithic apartment blocks as inhuman and unlivable, Le Corbu still has the power to inspire and polarize the architecture and urban-planning world. This richly illustrated monograph, based on the first major Le Corbusier retrospective in more than 20 years, presents an overview of his work, including not only architectural projects, interior design and furniture, but also paintings, textiles, sculpture, drawings, and books. Full of new discoveries and perspectives for longtime followers of Le Corbusier's work, this book is based on a rich trove of previously unpublished material, and on the latest research. Essays by well-known Le Corbusier experts examine aspects of his work, including the relationship between sculpture and architecture, his work as an interior designer, his fascination with new media and the technical object, and his lifelong interest in Asia. A comprehensive introduction to the work and influences of the architect of the century, a title that he fully deserves. With texts by Stanislaus von Moos, Jean-Louis Cohen, Arthur Ruegg, Beatriz Colomina, Mateo Kries, and others. New. Codice articolo ZT-YT93-25P8

Le Corbusier - The Art of Architecture