Articoli correlati a Ukiyo-E: An Introduction to Japanese Woodblock Prints 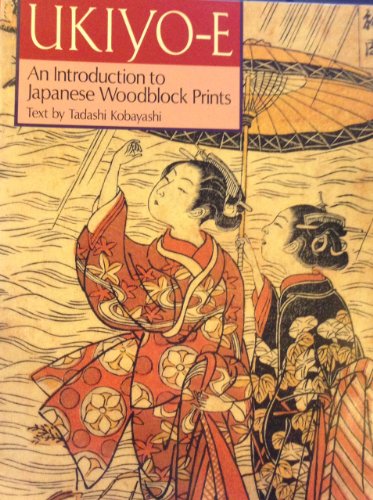 Japanese woodblock prints, or ukiyo-e, occupy a singular position in world art. These "pictures of the floating world" were created by artists and craftsmen of plebeian or low samurai background. The prints depict scenes from the everyday life and entertainments of the urban classes, and their popularity lay among these same townspeople.
Ukiyo-e was successor to previous aristocratic traditions and represents the last flowering of traditional pictorial art before Japan entered the modern era. Outside Japan, it was ukiyo-e that was discovered in the mid-nineteenth century by such artists as Whistler, Manet, Degas, and van Gogh, creating an era of "Japanism" that was to have a lasting effect on the art of the West.
The present volume offers a comprehensive survey of the history of ukiyo-e, from its origins in lavish works commissioned by aristocratic patrons in the sixteenth century, through its apogee at the end of the eighteenth, to its decline and demise in the last years of the nineteenth century. Social conditions, printing techniques, styles, artists, engravers, printers, and the tastes of the public itself - all are discussed as the story of ukiyo-e unfolds. In addition to the overview provided in the text, detailed commentaries of the prints and their subjects are provided. As a result, the reader becomes familiar not only with the history of ukiyo-e, an art of universal significance, but also with the colorful urban culture of which it is a remarkable record.

5. Ukiyo-E: An Introduction to Japanese Woodblock Prints Kobayashi, Tadashi and Harbison, Mark A.

6. Ukiyo-E: An Introduction to Japanese Woodblock Prints Kobayashi, Tadashi and Harbison, Mark A.