Articoli correlati a With Special Reference to the Prevailing Dialects,...

Jaschke, H. A. With Special Reference to the Prevailing Dialects, to Which is Added an English-Tibetan Vocabulary

With Special Reference to the Prevailing Dialects, to Which is Added an English-Tibetan Vocabulary 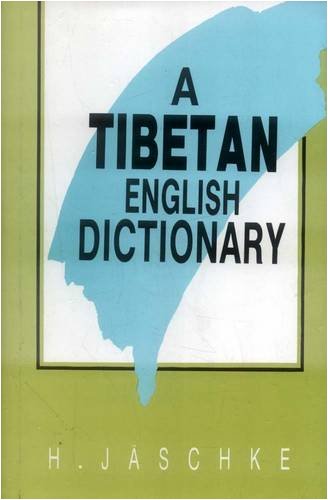 Descrizione libro Motilal Banarsidass Publishers Pvt. Ltd., New Delhi, India, 2012. Hardcover. Condizione: New. Condizione sovraccoperta: New. Enlarged Edition. The pesent Dictionary is an attempt to give a rational account of values and meanings of words in Tibetan language, to distinguish the various transitions in periods of literature and varieties of dialect, and to make sure of each step by the help of accurate and copious illustrations and examples. The author has not restricted himself only to the Classical Period of the Tibetan literature. He has endeavoured to deal with the Tibetan language as a whole. His dictionary derives its matter and sprinciples equally from the literature and from the speech of the people. Each word has been made the object of observation in its relation to the contents as it occurs in books, and in its value and place among others when it is used in common conversation. But in the latter case it has been an uphill task, since the spoken language has as many dialects as the country its provinces. However an attempt has been made to define the rangeand fix the meaning of current words far as possible. A number of diacritical marks have been used, following the system of Prof. Lepsius, for the exact pronunciation of Tibetan letters and words. The marks are of manifest description and cannot be startling to any general reader. The book is documented with Introduction which contains Tibetan alphabet, phonetic table for comparing the different dialects, abbreviations and the method of pronunciation. To increase its usefulness, the author has added at the end an English-Tibetan Vocabulary which will be welcomed by the reader and will be welcomed by the reader and will be serviceable to the general ause of learning the Tibetan language.Printed Pages: 693. Codice articolo 102580

Descrizione libro Motilal Banarsidass, 2007. PAPERBACK. Condizione: New. New edition. Book Cover and ISBN may be different from US edition but contents as same US Edition. Excellent Quality,Quick delivery, We may ship the books from Asian regions for inventory purpose. Our courier service is not available at PO BOX. Codice articolo abe_9788120803213

5. A Tibetan English Dictionary: Enlarged Edition, With Special Reference to the Prevailing Dialects, to which is added an English-Tibetan Vocabulary