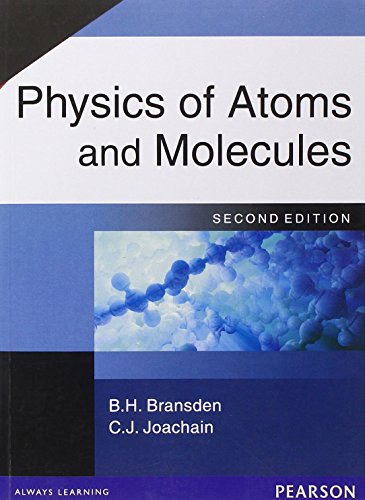 Presents a unified account of the physics of atoms and molecules at a level suitable for undergraduate courses of physics and physical chemistry.

"Each topic is treated in adequate detail as is consistent with clarity and the wide scope of the book."

Descrizione libro PAPERBACK. Condizione: New. Book Cover and ISBN may be different from US edition but contents as same US Edition. Excellent Quality,Quick delivery, We may ship the books from Asian regions for inventory purpose. Our courier service is not available at PO BOX. Codice articolo abe_9788177582796

3. Physics of Atoms and Molecules, 2e

Descrizione libro PEARSON INDIA. Condizione: New. Brand New, Fast Delivery , 100 % money back if any problem with product and services. if any problem please mail us before order. Codice articolo ABECCC5288