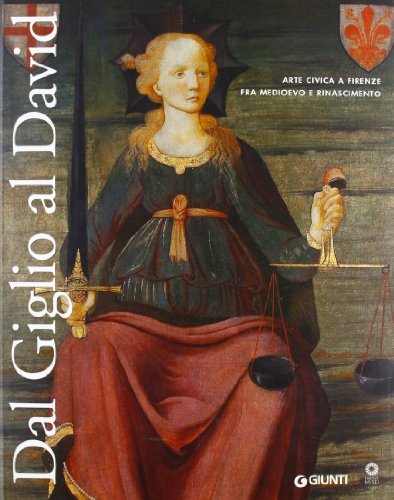 Descrizione libro Couverture souple. Condizione: Neuf. Condizione sovraccoperta: Neuf. Edition originale. Title: Dal Giglio al David : Arte civica a Firenze fra medioevo e rinascimento Author: Donato, Maria Monica ; Daniela Parenti Price: $79.95 ISBN: 9788809784994 Description: Firenze: Giunti, 2013. 32cm., pbk., 351pp. illus., most in color. Italian text. Exhibition held at Galleria dell'Accademia, Firenze. Summary: Adopting a totally new approach to a fascinating topic, Civic Art in Florence from the Middle Ages to the Renaissance focuses on works of art originally commissioned to decorate the public buildings of Florence which housed the magistracies tasked with running the city, the halls of the various Arti, or guilds, and the city gates and walls. The exhibition covers a wide range of themes including civic heraldry, religion and the city, such representative public buildings as the Palazzo dei Priori, the Palazzo del Podestŕ and the church of Orsanmichele, and the political parties that lorded it over the city (the House of Anjou, the Arti, the Guelfs and the Ghibellines), illustrating the subjects they chose and explaining why they chose them. This approach offers visitors a new key to understanding the works of art themselves, by underscoring the importance of images in the propaganda and communication strategy of the groups which ruled the city in the era of the Commune and the Republic, before the rise of the Medici family changed the city for good from both a political and an aesthetic standpoint. The exhibits bear witness to a complex figurative vocabulary rich in allegory, where the dividing line between the sacred and the secular is often hard to detect. For instance, in the Palazzo dei Priori, known today as Palazzo Vecchio, one was just as likely to encounter depictions of the Wheel of Fortune and of the mythological hero Hercules (on the city's official seal) as one was of St. Christopher or of the biblical King David, whose statue by Michelangelo (now in the Galleria dell'Accademia) brings the exhibition to an ideal close. Religious subjects have withstood the ravages of time rather better than secular images, as we can see from the numerous depictions of the Madonna in Majesty, of patron saints, and of such New Testament stories as the Incredulity of St. Thomas, a reflection on the administration of justice and the ascertainment of the truth (Giovanni Toscani, Galleria dell?Accademia; detached fresco in the Palazzo dei Vicari, Scarperia). A selection of rare Renaissance drawings and a fresco showing the Expulsion of the Duke of Athens (from the former Stinche prison, but now in Palazzo Vecchio) illustrate the so-called Pittura Infamante, or Defamatory Painting ? a genre we might equate today with character assassination ? which consisted in commissioning murals in public places to depict, often in gruesome detail, either events or individuals viewed with hostility by the city of Florence. Images boding well, on the other hand, were set up in the market place, Donatello's statue of Abundance famously perching atop a column in the Mercato Vecchio. While the original has now been lost, we are familiar with the statue from numerous copies produced over the centuries. Also, the decoration of the city gates and the heraldry adorning the city walls provided the city fathers with another opportunity to celebrate Florence and its allies. The exhibition devotes special attention to the Arti, the driving force behind the economic boom which Florence enjoyed in the era of the Commune and the true political power in the city at the time. Membership of one of the guilds was a precondition for playing an active role in the city's political life, and indeed Palazzo Vecchio was built for the Priori delle Arti, or guildmasters. For the first time in two centuries, visitors will be able to admire in a single venue the entire collection of panels depicting the guilds' patron saints. These originally adorned the pillars of Orsanmichele, a church resulting from the gradual transformation of the old . Codice articolo 007128