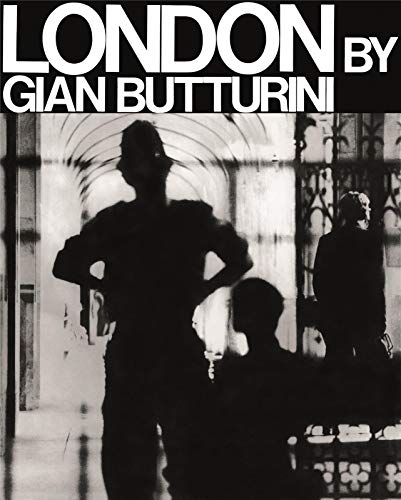 London is the new edition of the London by Gian Butturini of 1969. In June 1969, Butturini travelled to London and was instantly captivated by the dynamics of the `Swinging City': a decade defined by social revolution, freedom of expression and political controversy. Picking up a camera for the first time, he was drawn to the immediacy of the photographic medium that allowed him to create images through a direct encounter with the world, without the need for preliminary drawings or predetermined parameters - a way of working that was radically different from his design work. The resulting black and white photographs testify to Butturini's fascination with the darker side of London - the `true, bare' version of the city belonging to the disenfranchised, destitute and marginalized rather than the City's bowler hats or the changing of the guards that belonged to the realm of tourism. Disillusionment prevails in the gritty images, which evoke not only the atmosphere in the capital in the late 1960s but also Butturini's own disenchantment with social injustice and discrimination. It all began in Victoria Station when he saw a young man staggering by with a syringe embedded in a vein. The Tube, pubs and streets were the stage of a frenzied humanity unseen by the tourists, who were wooed by Piccadilly and Carnaby Street, and by the Barnum Circus of showcases. Butturini recorded shots of everyday life full of pain and sarcasm, but also of joy and lyricism: two old people lying down and hugging each other on a lawn, the hippies, the fashionable young women, the poor homeless, coloured people often relegated to the humblest places, the pacifist demonstrations, the improvised orators at Speakers' Corner. There was nothing stereotyped, but plenty of irony, a focus on authenticity and a careful selection of images.