Articoli correlati a The Art of Commedia: A Study in the Commedia dell Arte...

Katritzky, M. A. The Art of Commedia: A Study in the Commedia dell Arte 1560-1620 with Special Reference to the Visual Records

The Art of Commedia: A Study in the Commedia dell Arte 1560-1620 with Special Reference to the Visual Records 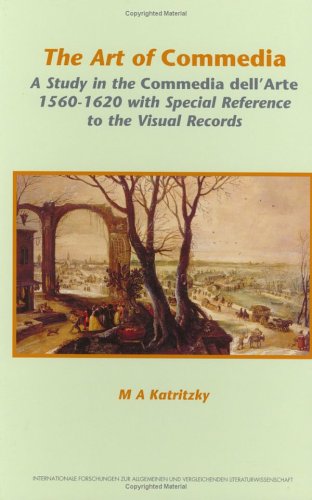 Italian comedians attracted audiences to performances at every level, from the magnificent Italian, German and French court festival appearances of Orlando di Lasso or Isabella Andreini, to the humble street trestle lazzi of anonymous quacks. The characters they inspired continue to exercise a profound cultural influence, and an understanding of the commedia dell’arte and its visual record is fundamental for scholars of post-1550 European drama, literature, art and music. The 340 plates presented here are considered in the light of the rise and spread of commedia stock types, and especially Harlequin, Zanni and the actresses. Intensively researched in public and private collections in Oxford, Munich, Florence, Venice, Paris and elsewhere, they complement the familiar images of Jacques Callot and the Stockholm Recueil Fossard within a framework of hundreds of significant pictures still virtually unknown in this context. These range from anonymous popular prints to pictures by artists such as Ambrogio Brambilla, Sebastian Vrancx, Jan Bruegel, Louis de Caulery, Marten de Vos, and members of the Valckenborch and Francken clans. This volume, essential for commedia dell’arte specialists, represents an invaluable reference resource for scholars, students, theatre practitioners and artists concerned with commedia-related aspects of visual, dramatic and festival culture, in and beyond Italy.