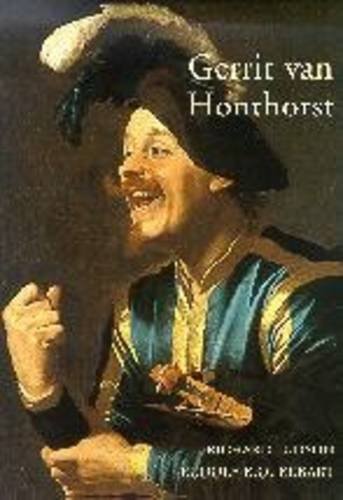 Descrizione libro Couverture rigide. Condizione: nuovo. Condizione sovraccoperta: nuovo. prima edizione. Aetas Aurea, Vol. XIV J. Richard Judson & R.E.O. Ekkart GERRIT VAN HONTHORST 1999. 4to. 400 pp. text. 500 plates and ills. from which 39 color plates. Cloth bound ISBN 90-70288-06-0 eur 475,00.- This publication discusses the life and work of Gerrit van Honthorst (1592-1656) who was a major innovator for Dutch art during the first half of the seventeenth century. His work consists of two distinct categories; on the one hand his religious, mythological and genre subjects, and on the other, his numerous portraits. This long awaited study discusses the entire career and work of the artist. It includes a complete catalogue raisonné of Honthorst's extensive oeuvre. His accepted works are illustrated in black and white, some in color as well. The major collateral material is also reproduced. While in Rome from c. 1614-1620, Honthorst became so renowned for his artificially lighted night scenes that he was given the sobriquet "Gherardo delle Notti." He received commissions from the leading artpatrons such as the Cardinal Benedetto Giustiniani and his brother the Marchese Vincenzo Giustiniani as well as the Cardinal Scipione Borghese, the Princess Colonna-Gonzaga, the Cardinal Barberini and the Grand Duke Cosimo Medici II in Florenze. Upon Honthorst's return from Italy in 1620, his fame spread throughout the Netherlands for his introduction of the concepts of the two great Italian artists, Michelangelo Merisi da Caravaggio and Annibale Carracci. By the late 1620's, he began to paint portraits of royalty and continued to do so with increasing success until his death in 1656. Besides the numerous portraits that Honthorst and his atelier painted for the families of the Stadholder Frederik Hendrik, his wife Amalia van Solms and the Winter King, the Elector Palatine Frederick V, King of Bohemia, he also introduced the Venetian manner of executing wall decorations for the House of Orange in their palaces at Honselaarsdijk, Huys ter Nieuburch and the Oranjezaal, Huis ten Bosch. In Denmark, Honthorst and his workshop were commissioned in the 1630's and 40's to create major decorative schemes for King Christian IV's palace at Kronborg. Dr. R.E.O. Ekkart is Director of the Rijksbureau voor Kunsthistorische Documentatie in The Hague. J. Richard Judson is W.R. Kenan, Jr. Professor Emeritus of Art History, University of North Carolina, Chapel Hill.- language : english text Size: Quarto. Codice articolo 000317