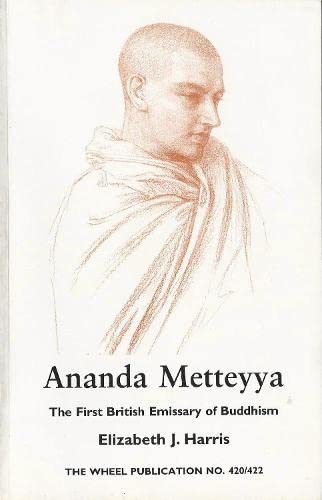 written with deep sensitivity, this work examines the life and thought of this Western Buddhist pioneer." The author, Elizabeth J. Harris, holds a doctorate in Buddhist studies from the U of Kelaniya and co-produced a BBC series on "The Path of the Buddha." In this work she describes the inspiring life of Ananda Metteyya "whose premature death at the age of fifty deprived British Buddhism of one of its most capable early spokesmen"; the 19th century British attitudes towards Buddhism; Ananda Metteyyaâ TMs interpretation of Buddhism; and Buddhism as social comment. The author writes clearly, simply, and powerfully of a worthy subject: "Ananda Metteyyaâ TMs emphasis on compassion as the highest force within the universe also echoes down the decades with considerable power. The very fact that Ananda Metteyya himself had to endure so much physical pain made him remarkably sensitive to the pain of others. Maybe he found that the only possible way to endure pain was to see it as part of cosmic pain, an insight which could well have transformed his personal pain into compassion for all. This unwavering emphasis on the importance of compassion should challenge us all."