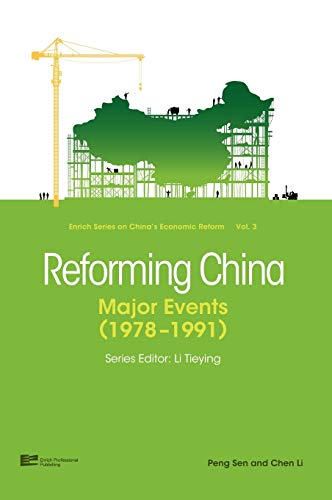 Presenting an authoritative chronicle of the China’s economic reform, this account depicts the dramatic events that have taken place there since opening up to the world three decades ago. An investigation of the years between 1978 and 1991, topics touched upon include the beginning of the rural household contract responsibility system, the expansion of enterprise autonomy in cities, and the gradual liberalization of prices of important products. Additional chapters review and recount the founding of Deng Xiaoping’s reform theory; the establishment of a socialist market economic system; and the changes in economic policies that were drafted, brought into law, and then initiated.

Compra usato
Warped, A copy that may have been... Scopri di piů su questo articolo

Descrizione libro Enrich Professional Publishing. Hardcover. Condizione: VeryGood. Warped, A copy that may have been read, very minimal wear and tear. May have a remainder mark. Codice articolo HBK-2040-1099