Articoli correlati a An Obsession Made In Japan: Fanatic fashion consumption,...

Sato, Takeharu An Obsession Made In Japan: Fanatic fashion consumption, Otaku and the bubble economy

An Obsession Made In Japan: Fanatic fashion consumption, Otaku and the bubble economy 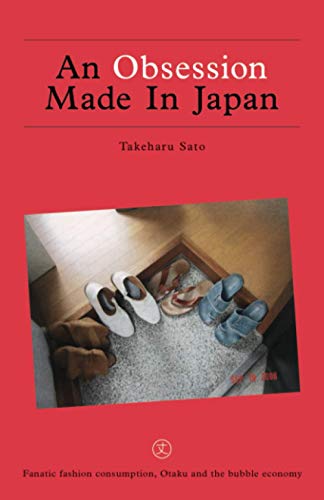 1. An Obsession Made In Japan: Fanatic fashion consumption, Otaku and the bubble economy (Paperback)

Descrizione libro Independently Published, United States, 2020. Paperback. Condizione: New. Language: English. Brand new Book. The title "Made in Japan" evokes high-quality products and craftsmanship, but this book is specifically concerned with social phenomena that emerged in conjunction with Japan's 1980s bubble economy. With people enjoying more disposable income than ever before, consumption flourished. As a wide range of imports became available alongside domestic products, some young people began to become obsessed with particular consumer brands. Nowhere was this more evident than in fashion, where some consumers chose to live alone in small apartments in order to save money to spend on clothes and accessories. Among these consumers, some people even began to fixate on individual brands such as Comme des Garçons, Cabane de Zucca, Jean-Paul Gaultier and Martin Margiela, becoming ardent collectors of a particular designer's work. The photographer Kyoichi Tsuzuki documented those obsessive consumers in their homes and amongst their collections as part of his photo series Happy Victims (1999-2006). Tsuzuki's photographs provide a window onto these consumers' lives, but they also invite us to analyse and imagine what lies outside of them. Why did these people become so obsessed with a particular fashion brand? Were they lonely? Was this phenomenon unique to fashion? Were they actually Otaku (antisocial nerds)? Originally written as an MA dissertation at the Royal College of Art in 2007, the book has been extensively reedited and updated in 2020. Codice articolo APC9798560047474