Articoli correlati a Don't Misjudge Who Your Real Enemies Are!: The...

Faircloth, Mr Raymond Christopher Don't Misjudge Who Your Real Enemies Are!: The Reality of Demonic Forces

Don't Misjudge Who Your Real Enemies Are!: The Reality of Demonic Forces 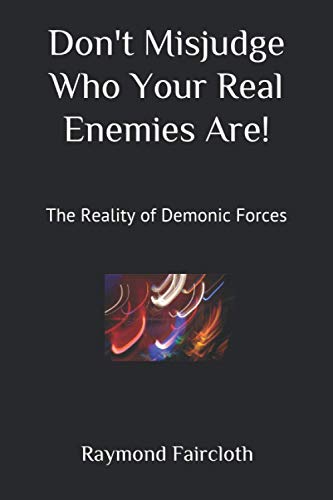 Don't Misjudge Who Your Real Enemies Are!: The Reality of Demonic Forces (Paperback)

Descrizione libro Paperback. Condizione: New. Language: English. Brand new Book. The caricature of the devil in Dante's Divine Comedy is enough to turn anyone in modern times away from belief in a real personal Devil. The description in Dante's work is of a literally grotesque giant red character with an aggressive expression on his three faces which are coloured yellow, red, and blue and that have bat-like wings affixed under each chin. He is also shown to have hoofs, an arrow like point to his tail, and is holding a pitchfork. All of this was to promote fear in the very ignorant population of the time. However, this is absolutely not the biblical picture of Satan. The real picture is of one who was an anointed cherub having a beauty and a glory that originally surpassed all others-he is described in metaphorical terms of the most precious of gem stones (Ezek. 28:12-19), although none of this detracts from his evil nature. This subject of spiritual evil involving Satan and demonic forces clearly concerns the spirit realm-a realm that humans cannot see and therefore one that concerns faith and sometimes personal experience of the effects of demonic activity. Throughout Christian history most individuals and churches have believed and taught that Satan and demons are real spirit beings, albeit with distorted images of them. However, from the beginning of the age of enlightenment in the seventeenth century much scepticism developed concerning the existence of such demonic forces. Nowadays the subject is sometimes treated as simply medieval superstition and therefore the Bible's reference to such creatures must supposedly be imagery that refers to evil or to illness, particularly mental illness, rather than to actual personal entities with supernatural power. This book discusses these issues from an entirely biblical perspective to show the absolute reality of these personal evil spirit beings. Codice articolo APC9798664603569