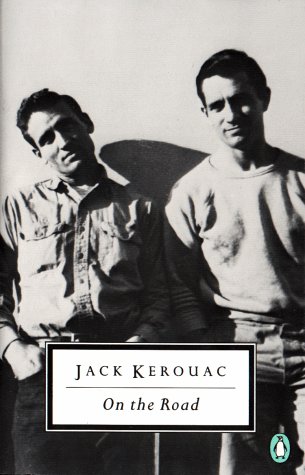 Few novels have had as profound an impact as On the Road, and Kerouac's vision continues to inspire: three generations of writers, musicians, artists, and poets cite their discovery of On the Road as the event that "set them free." This hardcover edition commemorates the fortieth anniversary of the original publication of an American classic. On the Road chronicles Kerouac's years traveling the North American continent, from East Coast to West Coast to Mexico, with his friend Neal Cassady, "a sideburned hero of the snowy West." As "Sal Paradise" and "Dean Moriarty, " the two roam the country in a quest for self-knowledge and experience. Kerouac's love of America, his compassion for humanity, and his sense of language as jazz combine to make On the Road an inspirational work of lasting importance.

Jack Kerouac was born in Lowell, Massachusetts, in 1922. Educated by Jesuit brothers in Lowell, he decided to become a writer at age seventeen and developed his own writing style, which he called 'spontaneous prose'. He used this technique to record the life of the American 'traveler' and the experiences of the Beat Generation, most memorably in On the Road and also in The Subterraneans and The Dharma Bums. His other works include Big Sur, Desolation Angels, Lonesome Traveler, Visions of Gerard, Tristessa, and a book of poetry called Mexico City Blues. Jack Kerouac died in 1969.

On the Road (Penguin Classics)

5. On the Road Kerouac, Jack and Charters, Ann