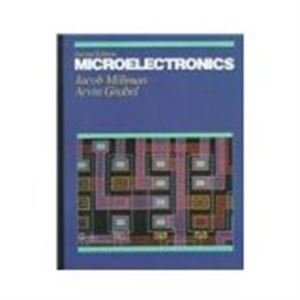 Very successful introductory electronics book. Features include effective pedagogical use of second color, flexible organization, devices fully covered in one place so that circuit characteristics are developed early. Hallmarks of the previous edition, such as breadth and depth of coverage, current and practical information, and coordination of the physical understanding of electronics with a theoretical, mathematical basis, have been retained.

Jacob Millman is Professor Emeritus of Columbia University, where he held the Charles Batchelor Chair in Electronics.He Obtained his B.S.(1932)and Ph.D.(1935) in Physics from the Massachusetts Insitute of Technology.He first garduate year was spent in Munich. Germany(1932-1933). He taught electrical Engineering at the City College of New York(1936-1941 and 1946-1951)and at Columbia (1952-1975). Dr. Millan is the author or coauthor of eight textbooks; Electronics(1941 and revised in 1952); Pulse and Digital Circuits (1956); vacuum-Tube and Semiconductor Electronics(1958); Pulse,Digital,and Switching Waveforms(1965); Electronic Devices and Circuits(1967); Integrated Electronics(1972);Electronic Fundamentals and Applications(1975);and Microelectronics(1979). these books have been translated into ten Languages.Proffesor Millan is a fellow and Life Member of IEEE and a Fellow of American Physical Society. He was given the Great Teachers Award of Columbia University (1967),the Education Medal of the IEEE(1970),and was elected to the IEEE Centenial Hall of the Fame as one of the All- Time Top Electrical Engineering Educators (1984).