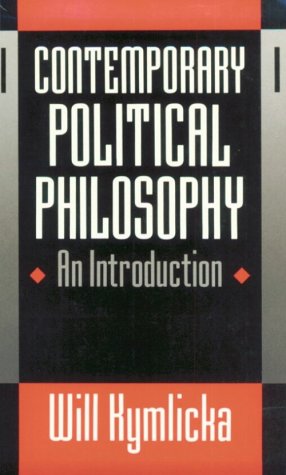 This important new book provides a critical introduction to the rapidly growing literature on theories of justice and community. Each chapter covers a major school of contemporary political thought--utilitarianism, liberal egalitarianism, libertarianism, Marxism, communitarianism, and feminism--while discussing the work of the most influential contemporary Anglo-American theorists, including G. A. Cohen, Ronald Dworkin, Carol Gilligan, R.M. Hare, Catherine Mackinnon, Robert Nozick, John Rawls, John Roemer, Michael Sandel, and Charles Taylor. By showing how each of these thinkers interprets the idea of treating people as equals, Kymlicka highlights the key similarities and differences in their modes of thought. He demonstrates how viewing different theories in terms of this "egalitarian plateau" can help to clarify traditional philosophical disputes over the meaning of such concepts as rights, freedom, the common good, exploitation, and justice. Written in a lively, non-technical style that is accessible to students approaching the subject for the first time, this book will be useful and important reading in a wide variety of courses in political science, philosophy, and legal studies.

Book by Kymlicka Will