Articoli correlati a The Diversity of Life: With a New Introduction

Wilson, Edward O. The Diversity of Life: With a New Introduction

The Diversity of Life: With a New Introduction 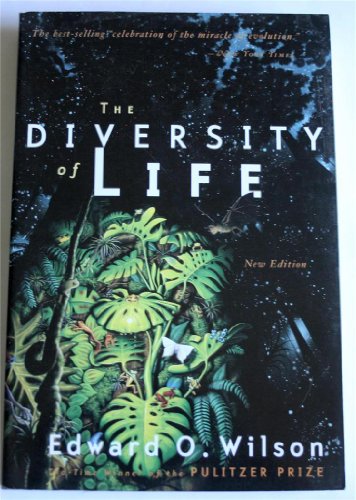 In this book a master scientist tells the story of how life on earth evolved. Edward O. Wilson eloquently describes how the species of the world became diverse and why that diversity is threatened today as never before. A great spasm of extinction — the disappearance of whole species — is occurring now, caused this time entirely by humans. Unlike the deterioration of the physical environment, which can be halted, the loss of biodiversity is a far more complex problem — and it is irreversible. Defining a new environmental ethic, Wilson explains why we must rescue whole ecosystems, not only individual species. He calls for an end to conservation versus development arguments, and he outlines the massive shift in priorities needed to address this challenge. No writer, no scientist, is more qualified than Edward O. Wilson to describe, as he does here, the grandeur of evolution and what is at stake. "Engaging and nontechnical prose. . . . Prodigious erudition. . . . Original and fascinating insights." — John Terborgh, New York Review of Books, front page review "Eloquent. . . . A profound and enduring contribution." — Alan Burdick, Audubon

1. The Diversity of Life

2. The Diversity of Life (Questions of Science)

3. The Diversity of Life (Questions of Science)

4. THE DIVERSITY OF LIFE (QUESTIONS