Articoli correlati a The Elements of Nuclear Power

The Elements of Nuclear Power 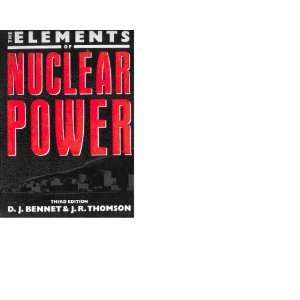 This is an introduction to the theory and technology of nuclear power - its history, potential as an energy source, its benefits and hazards - which is aimed at students of mechanical and electrical engineering and engineers working in the field of nuclear power. The serious reactor accidents at Three Mile Island in 1979 and Chernobyl in 1986 as well as concern over radioactive effluent levels and leukaemia clusters have increased public awareness of the hazards of nuclear power. Thus new material in this edition deals with some of these topics, in particular the effects of nuclear radiation on humans, the safety of nuclear reactors and those parts of the nuclear fuel cycle which deal with fuel element manufacture and the reprocessing of irradiated fuel.