Articoli correlati a Languages in Competition: Dominance, Diversity and... 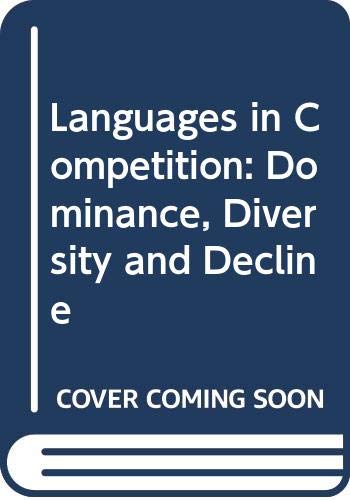 Of the 5000 languages currently extant in the world, five account for 45% of the world's population, and 100 for 95%. This book explores why some languages flourish well beyond their own native borders, while thousands of others lie under threat of decline and perhaps even extinction. By what means do these languages gain the upper hand, and what happens to those they eclipse? What are the advantages that speakers perceive in languages on the ascendant? Can minority languages be preserved, except as relics, by those who fight so hard to keep them alive? The author explores the historical and political importance of language as the expression of national identity and power, and charts those processes inherent to language itself that can attract or repel potential speakers. In particular he tracks the ways in which English and French have contested for pre-eminence as forces in both the cultures of their colonized territories and in those spheres of activity vital to the modern world.