Articoli correlati a Pamphlets of the American Revolution, 1750-1776 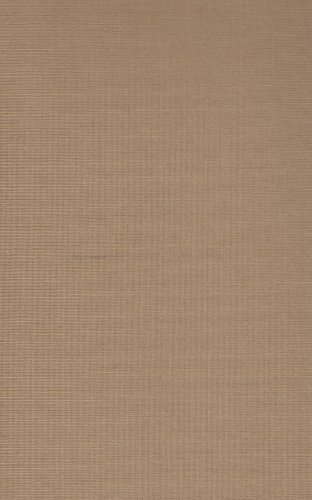 This is the first volume of a four-volume set that will reprint in their entirety the texts of 72 pamphlets relating to the Anglo-American controversy that were published in America in the years 1750–1776. They have been selected from the corpus of the pamphlet literature on the basis of their importance in the growth of American political and social ideas, their role in the debate with England over constitutional rights, and their literary merit. All of the best known pamphlets of the period, such as James Otis’s Rights of the British Colonies (1764), John Dickinson’s Farmer’s Letters (1768), and Thomas Paine’s Common Sense (1776) are to be included. In addition there are lesser known ones particularly important in the development of American constitutional thought: Stephen Johnson’s Some Important Observations (1766), John Joachim Zubly’s An Humble Enquiry (1769), Ebenezer Baldwin’s An Appendix Stating the Heavy Grievances (1774), and Four Letters on Interesting Subjects (1776). There are also pamphlets illustrative of the sheer vituperation of the Revolutionary polemics, and others selected for their more elevated literary merit. Both sides of the Anglo-American dispute and all genres of expression—poetry, dramatic dialogues, sermons, treatises, documentary collections, political “position papers”—that appeared in this form are included.

Each pamphlet is introduced by an essay written by the editor containing a biographical sketch of the author of the document, an analysis of the circumstances that led to the writing of it, and an interpretation of its contents. The texts are edited for the convenience of the modern reader according to a scheme that preserves scrupulously the integrity of every word written but that frees the text from the encumbrances of eighteenth-century printing practices. All references to writings, people, and events that are not obvious to the informed modern reader are identified in the editorial apparatus and where necessary explained in detailed notes.

This first volume of the set contains the texts of 14 pamphlets through the year 1765. It presents, in addition, a book-length General Introduction by Bernard Bailyn on the ideology of the American Revolution. In the seven chapters of this essay the ideological origins and development of the Revolutionary movement are analyzed in the light of the study of the pamphlet literature that went into the preparation of these volumes. Bailyn explains that close analysis of this literature allows one to penetrate deeply into the colonists’ understanding of the events of their time; to grasp more clearly than is otherwise possible the sources of their ideas and their motives in rebelling; and, above all, to see the subtle, fundamental transformation of eighteenth-century constitutional thought that took place during these years of controversy and that became basic doctrine in America thereafter.

Bailyn stresses particularly the importance in the development of American thought of the writings of a group of early eighteenth-century English radicals and opposition politicians who transmitted to the colonists most directly the seventeenth-century tradition of anti-authoritarianism born in the upheaval of the English Civil War. In the context of this seventeenth- and early eighteenth-century tradition one sees the political importance in the Revolutionary movement of concepts the twentieth century has generally dismissed as mere propaganda and rhetoric: “slavery,” “conspiracy,” “corruption.” It was the meaning these concepts imparted to the events of the time, Bailyn suggests, as well as the famous Lockean notions of natural rights and social and governmental compacts, that accounts for the origins and the basic characteristics of the American Revolution.

5. Pamphlets of The American Revolution

Descrizione libro 1965. Condizione: NEW. 9780674652507 This listing is a new book, a title currently in-print which we order directly and immediately from the publisher. For all enquiries, please contact Herb Tandree Philosophy Books directly - customer service is our primary goal. Codice articolo HTANDREE01682641