Articoli correlati a Did the Italians Invent Sparkling Wine?: An analysis...

Stevenson, Tom Did the Italians Invent Sparkling Wine?: An analysis of the evidence of Chapter 21 of De Salubri Potu Dissertatio

Did the Italians Invent Sparkling Wine?: An analysis of the evidence of Chapter 21 of De Salubri Potu Dissertatio 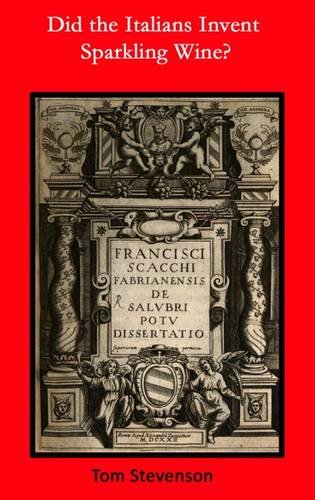 In 1997, a rare work called De Salubri Potu Dissertatio was auctioned by Sotheby’s. Both before and since the auction, the popular press has claimed that Chapter 21 of this manuscript documents the production of sparkling wines in Italy as early as 1335. We now know 1622 to be the true date of the manuscript, but does it contain a recipe to make sparkling wine? World class Latinist John Holland was commissioned to translate Chapter 21 into English for the first time, and Tom Sevenson has analysed its content, forming conclusions that will surprise the French as much as it will upset the Italians. Tom Stevenson is a British author who has been writing about wine for more than 30 years. He has won 33 literary awards, including Wine Writer of the Year three times and The Wine Literary Award, America’s only lifetime achievement award for wine writers, and in 2011 he was inducted into the New York Wine Media Guild’s Hall of Fame. Stevenson has written 25 books, the most important of which have been published internationally by more than 50 publishers and translated into over 25 languages. His Sotheby’s Wine Encyclopedia has sold over 700,000 copies worldwide.

Did the Italians Invent Sparkling Wine?: An analysis of the evidence of Chapter 21 of De Salubri Potu Dissertatio