Articoli correlati a The Practice of Mediation: A Video-Integrated Text

The Practice of Mediation: A Video-Integrated Text 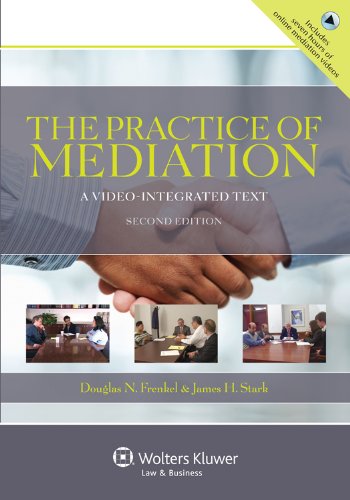 First published in 2008,The Practice of Mediation: A Video-Integrated Text was the first book to combine in-depth textual analysis of the mediation process with videos illustrating the stages of the mediation process and the many constituent skills of effective mediators. Written in a highly accessible and conversational style, the text provides students a sophisticated understanding of the negotiation process and the barriers to conflict resolution. Accompanied by video of three unscripted mediated disputes, based on actual cases, the presentation allows students to see what they are reading about, preparing them for all major approaches to mediation.

The Second Edition of this widely adopted text contains new and expanded coverage of on-line mediation, cross-cultural mediation and co-mediation, as well as new, non-legal examples of the use of mediation. It includes a revised and expanded discussion of effective persuasion and problem solving, based on cutting edge social science research findings. And it expands the video content from 6 to 7 hours, by including a new, full-length video of the text s high-conflict child custody study, illustrating the stages of the process in sequence.

Features of The Practice of Mediation: