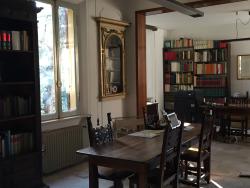 The Libreria Antiquaria was founded in 1973 by Alberto Govi. After graduating in aesthetics in Bologna with Luciano Anceschi, he spent some years in Milan at the Garzanti publishing house and then decided to start a completely new activity within the rare books business. The great number of catalogues he has produced over the years testify to his competence and passion for the old book, as well as to the richness and variety of the works offered. In 1996, Alberto is joined in the activity by his son Fabrizio, who, after graduating in Bologna with the art historian Anna Ottani Cavina, began a long and exciting apprenticeship in the world of antiquarian books. A distinctive mark of the Libreria Alberto Govi is the philological rigor with which all books (regardless of their value) are examined before being offered to customers. The bibliographical care applied to both the collation and physical analysis of the book, as well as to the research of scientific documentation, that can help to understand the historical significance of a work, is another important criterion of dealing with rare books Our main fields of interest are manuscripts (Alberto is an expert codicologist and has improved his knowledge at the Rare Book School of Charlottesville, Virginia), incunabula and 16th century books. A thorough understanding of classical languages (particularly Latin) and of the main languages of Western culture (English, French, Spanish and German) allows us to deal with books and to utilise the scientific publications printed in these languages. Fabrizio has also deepened his knowledge in the field of antiquarian books, attending courses at the École de l Institut d Histoire du Livre of Lyon, concerning physical bibliography and printing types. Fabrizio has been for several years treasurer of the Antiquarian Booksellers Association of Italy and is now its president. The Libreria Alberto Govi generally publishes a printed catalogue every year. 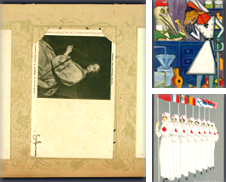 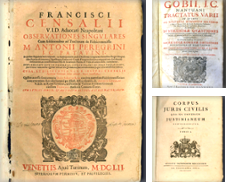 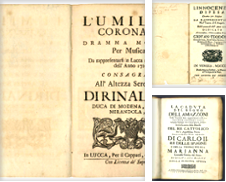 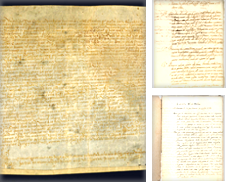 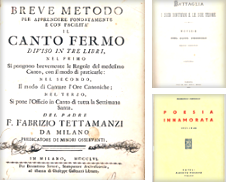 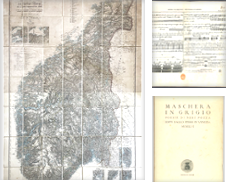 We guarantee the condition of every book as it's described on the Abebooks web
sites. If you're dissatisfied with your purchase (Incorrect Book/Not as
Described/Damaged) or if the order hasn't arrived, you're eligible for a refund
within 30 days of the estimated delivery date. If you've changed your mind about
a book that you've ordered, please use the Ask bookseller a question link to
contact us and we'll respond within 2 business days.

Orders usually ship within 2 business days. Shipping costs are based on books
weighing 2.2 LB, or 1 KG. If your book order is heavy or oversized, we may
contact you to let you know extra shipping is required.