Articoli correlati a Underground: Travels on the Global Metro

Underground: Travels on the Global Metro 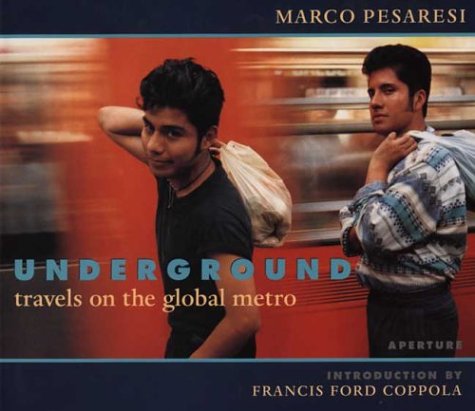 Candid pictures from subways in ten cities around the globe.

The Italian photojournalist Marco Pesaresi takes us on a wild underground
railroad ride, with photographs of subway commuters that cut across continents and cultures on what feels like one continuous line of tracks through New York, Tokyo, Calcutta, Milan, Madrid, Mexico City, Paris, London, Berlin, and Moscow.

The "getting there" is everything in these pictures: within the mundane grind of the daily commute, Pesaresi finds drama, local color, irony, and startling cultural differences. Straphangers wait for the train in bare feet in Calcutta; Muscovites scurry to earn a day's wages under the disapproving scowl of a leftover Lenin mural; a Milanese nun sits in solemn meditation amid the noise and haste of rush-hour transit. Across the globe, the images speed along as quickly as the trains themselves. In this tumble of tracks, engines, advertisements, and jostled riders, the subway becomes the great common denominator. The world turns, and millions of commuters mill about underground--waiting for the next station, the next daydream, the next distraction.

Marco Pesaresi is a Milan-based photojournalist.

Francis Ford Coppola is an Academy Award-winning director and the founding editor and publisher of Zoetrope: All-Story.